Sri Aurobindo - About The Mother 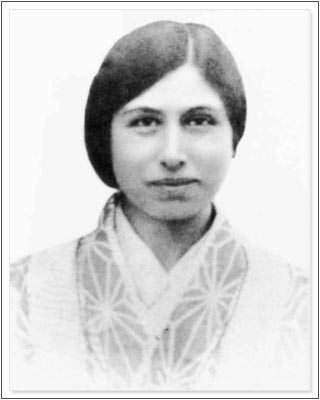 As Sri Aurobindo wrote about The Mother.

The Mother's consciousness is the divine consciousness and the Light that comes from it is the light of the Divine Truth. One who receives and accepts and lives in the Mother's light, will begin to see the truth on all the planes, the mental, the vital, the physical. He will reject all that is undivine, - the undivine is the falsehood, the ignorance, the error of the dark forces; the undivine is all that is obscure and unwilling to accept the Divine Truth and its light and force. The undivine, therefore, is all that is unwilling to accept the light and force of the Mother. That is why I am always telling you to keep in contact with the Mother and her Light and Force, because it is only so that you can come out of this confusion and obscurity and receive the Truth that comes from above. When we speak of the Mother's Light or my Light in a special sense, we are speaking of a special occult action - we are speaking of certain lights that come from the Supermind. In this action the Mother's is the White Light that purifies, illumines, brings down the whole essence and power of the Truth and makes the transformation possible. But in fact all light that comes from above from the highest divine Truth is the Mother's.

There is no difference between the Mother's path and mine; we have and always had the same path, the path that leads to the supramental change and the divine realization; not only at the end, but from the beginning they have been the same.

The attempt to set up a division and opposition putting the Mother on one side and myself on another and opposite or quite different side, has always been a trick of the forces of Falsehood when they want to prevent a sadhak from reaching the Truth. Dismiss all such falsehoods from your mind.

ref. Letters of Sri Aurobindo on The Mother, p.34