Sri Aurobindo - The Supramental Change in Its Process 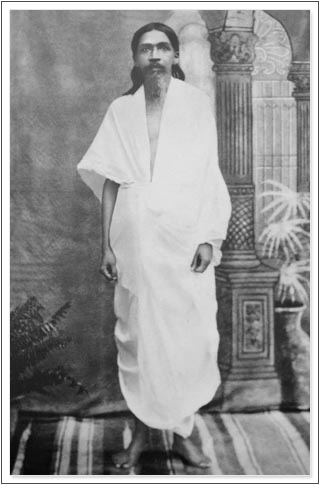 Masters of the Truth-Light who make the Truth grow by the Truth.

The psychic transformation and the first stages of the spiritual transformation are well within our conception; their perfection would be the perfection, wholeness, consummated unity of a knowledge and experience which is already part of things realised, though only by a small number of human beings. But the supramental change in its process carries us into less explored regions; it initiates a vision of heights of consciousness which have indeed been glimpsed and visited, but have yet to be discovered and mapped in their completeness. The highest of these peaks or elevated plateaus of consciousness, the supramental, lies far beyond the possibility of any satisfying mental scheme or map of it or any grasp of mental seeing and description. It would be difficult for the normal unillumined or untransformed mental conception to express or enter into something that is based on so different a consciousness with a radically different awareness of things; even if they were seen or conceived by some enlightenment or opening of vision, another language than the poor abstract counters used by our mind would be needed to translate them into terms by which their reality could become at all seizable by us. As the summits of human mind are beyond animal perception, so the movements of Supermind are beyond the ordinary human mental conception: it is only when we have already had experience of a higher intermediate consciousness that any terms attempting to describe supramental being could convey a true meaning to our intelligence; for then, having experienced something akin to what is described, we could translate an inadequate language into a figure of what we knew. If the mind cannot enter into the nature of Supermind, it can look towards it through these high and luminous approaches and catch some reflected impression of the Truth, the Right, the Vast which is the native kingdom of the free Spirit.

But even what can be said about the intermediate consciousness must perforce be inadequate; only certain abstract generalizations can be hazarded which may serve for an initial light of guidance. The one enabling circumstance here is that, however different in constitution and principle, the higher consciousness is still, in its evolutionary form, in what we can first achieve of it here, a supreme development of elements which are already present in ours in however rudimentary and diminished a figure and power of themselves. It is also a helpful fact that the logic of the process of evolutionary Nature continues, greatly modified in some of the rules of its working but essentially the same, in the ascension of the highest heights as in the lower beginnings; thus we can discover and follow to a certain extent the lines of her supreme procedure. For we have seen something of the nature and law of the transition from intellectual to spiritual mind; from that achieved starting-point we can begin to trace the passage to a higher dynamic degree of the new consciousness and the farther transition from spiritual mind towards supermind. The indications must necessarily be very imperfect, for it is only some initial representations of an abstract and general character that can be arrived at by the method of metaphysical inquiry: the true knowledge and description must be left to the language of the mystic and the figures, at once more vivid and more recondite, of a direct and concrete experience.

The transition to Supermind through Overmind is a passage from Nature as we know it into Supernature. It is by that very fact impossible for any effort of the mere Mind to achieve; our unaided personal aspiration and endeavour cannot reach it: our effort belongs to the inferior power of Nature; a power of the Ignorance cannot achieve by its own strength or characteristic or available methods what is beyond its own domain of Nature. All the previous ascensions have been effectuated by a secret Consciousness-Force operating first in Inconscience and then in the Ignorance: it has worked by an emergence of its involved powers to the surface, powers concealed behind the veil and superior to the past formulations of Nature, but even so there is needed a pressure of the same superior powers already formulated in their full natural force on their own planes; these superior planes create their own foundation in our subliminal parts and from there are able to influence the evolutionary process on the surface. Overmind and Supermind are also involved and occult in earth-Nature, but they have no formations on the accessible levels of our subliminal inner consciousness; there is as yet no overmind being or organised overmind nature, no supramental being or organised supermind nature acting either on our surface or in our normal subliminal parts: for these greater powers of consciousness are superconscient to the level of our ignorance. In order that the involved principles of Overmind and Supermind should emerge from their veiled secrecy, the being and powers of the Superconscience must descend into us and uplift us and formulate themselves in our being and powers; this descent is a sine qua non of the transition and transformation.